Our friend at the hotel lobby makes a call 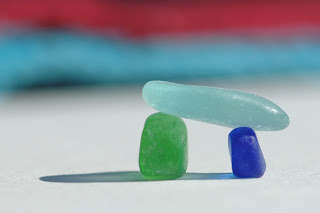 One of my teachers sent this to me.  I had never seen it before.  The more I read, the more I began welling up with tears of gratitude and understanding.  Not only does this anonymous author give us a splendid example of a koan case, s/he does it using the Big Book!  I find this absolutely fitting in with what we are doing here and affirming our koan and the 12 Step practice.

A deep bow to this unknown author.


AA Case:  Our friend at the hotel lobby makes a call

The teachers at the Zen Center have been giving a series of talks on the Denkoroku, a collection of koans that have to do with enlightenment experiences of ancient masters and the transmission of the lineage. This evening, I’d like to look at a koan or public case from a different text that is not in the Zen lineage. It’s an American text from the early part of the 20th century. It has many stories,incidents and experiences of spiritual awakening. It has elements of koan, transmission and lineage.

First, I’d like to read what Maezumi Roshi wrote in the forward to the Blue Cliff Record that beautifully expresses the spirit of koans and how they function. He says: “Koans reveal to us what enlightenment is, what the enlightened life is, how the patriarchs (let’s add matriarchs) and masters of old struggled with it, attained it, actualized it and accomplished it.” Let’s call that the Pointer for this case.

This text, which I’ve worked on quite a bit, was published in 1939 and is called Alcoholics Anonymous. In it, there is a very clear set of actions laid out that are specifically designed to produce a spiritual experience and freedom from addiction. The following incident or “case” is one of the seeds from which the collective spiritual practice of Alcoholics Anonymous first developed. It’s a moment of conception.

Here is a brief account. Years ago in 1935, one of our number made a journey to a certain western city. From a business standpoint the trip came off badly. Bitterly discouraged he found himself in a strange place, discredited and broke. Sober but a few months he wanted so much to talk with someone. But whom?

One dismal afternoon he paced the hotel lobby. At one end of the room stood a directory of local churches and a telephone. At the other end a door opened onto a lively attractive bar filled with chattering people and music. He was on thin ice. He shivered and said to himself, “What of all the others who will die because they do not know how to get well? There must be many in this town.” Selecting a church at random, he stepped into the booth and lifted the receiver. Simple enough – just lifting the receiver and making a phone call. Turning the rotary dial: chk, chk, chk, chk, chk, chk... ….Hello? And from there the story continues.

But let’s look at the ground of this action, how the ground is turned, how the seed is planted. What grows from it ends up having an extraordinary effect on millions of lives over the next 60 years.

We begin with the “journey to a certain western city” —always the journey. It’s my journey, your journey, our journey. It is our path, our actual experience and circumstances that are always the starting point. The only place there ever is. “From a business standpoint the trip came off badly.” That was, by the way, the only purpose of the trip. Hoping to make a big deal, our friend was counting
on reversing his financial misfortunes. And it was a complete failure. The deal ends up in a lawsuit, shot through with resentment and bad feeling.

And here he is one dismal afternoon. “Bitterly discouraged he found himself in a strange place, discredited and broke.” Doesn’t know how he’s going to pay the hotel bill, alone, discouraged. That’s a heart-wrenching place to be, isn’t it? Empty, everything taken away. This is the ground, his experience of groundlessness. Does that sound like experiences in Zen practice to you? The way our forms of practice, and teachers, can throw us into that open, defenseless space? Maybe more importantly, this broke, wounded or torn place in our friend, in me and in you, is the ground of growth and awakening. It’s the very wholeness of who we are. It deeply connects us. Later on in the text, it states that the dark past is the greatest possession we have. Because it the key to life and happiness for others. Our suffering and our specific circumstances, used to benefit others, are the treasure house. Can we see that the “broken” places in others are also the treasure house?

The case continues: “Sober but a few months, he wanted so much to talk with someone, but whom?” So this need arises. I need to connect with someone or find someone who has a similar experience. “One dismal afternoon he paced the hotel lobby.” Just pacing. Doesn’t know which way to turn. A trapped rat. A tethered colt. “At one end of the room stood a directory of local churches and a telephone. At the other, a door opened into a lively attractive bar filled with people and music.” Life going on. But not for this person. Which way to turn? This is a state of Great Doubt, of Not-Knowing. “He was on thin ice.”

Then he has an experience, an intuitive moment. He shivers and says to himself, “What of all the others who will die because they do not know how to get well?” His thoughts turn to someone else. To some inkling of trying to help, some feeling of responsibility. This is the momentof raising the Bodhi Mind. An intuitive, awakened thought. The impulse toward bodhisattva action arises powerfully and cannot be ignored. This is the functioning of deep wisdom. And this is where everything turns.

Our friend doesn’t know how to help or what to do. But is moved to action and is turned in a new direction. He must find someone to help. “There must be many in this town.” Just as there are right now in this town and in every town. This is a great shout! There must be thousands, they’re everywhere! 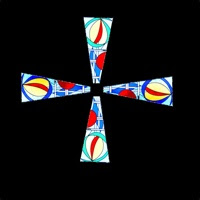 “He steps into the booth and lifts the receiver.” He calls a church at random, not to seek spiritual guidance or to talk to a minister. He is asking one question. Take me to the worst alcoholic you know. Take me to the heart of suffering. Take me to somebody so desperate they may not make it through next week. That’s what he’s looking for. Isn’t that amazing?

To go seek that out. Because his own life depends on it. And he finds someone and keeps calling this guy. He makes it his mission. These two become the co-founders of Alcoholics Anonymous. Then they find a third person, and eventually there’s a fourth, and then there’s a little group. All helping each other to stay sober and seek a spiritual experience. And all these years later in Los Angeles alone, there are two or three thousand meetings every week.

What I love about this phone call is that it came directly from one person’s life and that is exactly how it continues to this day. That’s the transmission, the face-to-face sharing of experience. One says to another - take it or leave it, but this is what happened to me. I’ve experienced a big shift, a complete change of direction, an awakening. And if you’re interested, I am willing to share that with you.

The offering is always myself, ourselves, herself. All I have, here it is. All I have, I’m going to share it with you because I have nothing. I have nothing else. But I have this experience. And I’m offering it because that is what saves me. That’s the medicine. It’s the only thing that works. It’s the only thing that relieves my suffering. And so here we are. And the story doesn’t have an end, becauseit is still going on. It’s all unfolding. 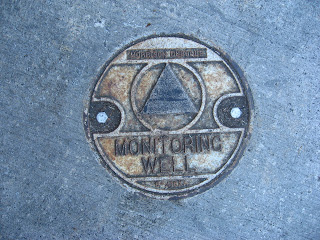 I’ll leave you with this as a Capping Verse. It is the traditional preface to the Blue Cliff Record:

Boundless wind and moon, the eye within eyes, inexhaustible
heaven and earth. The light beyond light,
the willow dark, the flower bright. Ten thousand
houses. Knock at any door, there’s one who will
respond.

1. I admitted I was powerless over my attachments to my ego and not in control of my actions.

2. I came to have faith in an Enlightened Way.

3. Without understanding it, I made a decision to practice an Enlightened Way.

4. I made a searching and fearless assessment of my ego.

5. Together with my sponsor, I made a commitment to a personal Zen practice.

6. I came to realize this practice as a lifetime discipline.

7. I came to realize the importance of seeing the effects of ego-centered actions.

8. I came to realize the importance of the role of forgiveness.

9. I made a commitment to work on my relations with others.

10. I started to study the role of personal reflection.

11. I made a commitment to deepen my realization of the Enlightened Way.

12. Having raised the Bodhi Mind, I came to realize that a commitment to serve others is an expression of the Enlightened Way.

This version of the Twelve Steps is an adaptation from the original Twelve Steps of Alcoholics Anonymous. It was created by Roshi Bernie Glassman in 1987 at the Zen Community of New York as part of a study program.
Posted by Bill K. at 1:08 PM