“It’s only for your benefit, honored one.” 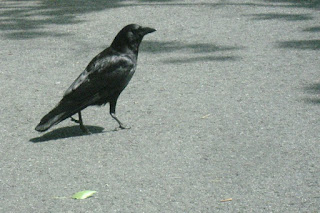 This month it was a Potluck … We sat with this koan to see what would happen with the Steps. What Step(s) will this koan bring to you?

Koan: One day when Dongshan and a monk were washing their bowls, they saw two crows fighting over a frog. The monk asked, “Why does it always have to be like that?”

Dongshan replied, “It’s only for your benefit, honored one.” 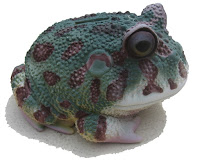 [Dongshan (807-869) founded the Caodong School in China, which developed into the Soto School in Japan by Dōgen. He lived during Linji’s time.]

I was on my morning walk, wondering what koan we would be using for our August meeting. About two minutes later this koan appeared, and a few minutes after that Step 2 came to mind – I would be bringing Step Two into our “potluck” conversation.  As I continued on my walk, Step 2 became more clearly a benefit for me. 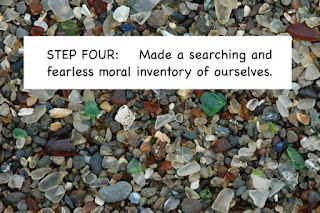 Then this koan brought three Steps into our conversation, Steps 2, 3 and 4. “With koans,” E.A. began, “There’s always more.  Koans help to understand reality and to really identify what’s going on in my world. The ‘working’ Steps came to mind (especially Step 4); with all the balking and resistance in those early days of sobriety, I came to realize they’re all for my benefit.”

D.H. said that during the week it was with Step 3 that this koan was mostly engaged with; “But tonight, Step 4 was the main focus.  The monk was judging this situation when he asked, “Why does it always have to be like that?”  Judging ourselves -- that’s what we do.  “How I see myself becomes very apparent in Step 4.  Examining my insane existence in Step 4,” D.H. said, “Is for my benefit.  Reality begins to appear when I give up my judgments.” He passes on what Pema Chodren said about waking up:

"Life's work is to wake up, to let the things that enter into your life wake you up rather than put you to sleep.  The only way to do this is to open, be curious, and develop some sense of sympathy for everything that comes along, to get to know its nature and let it teach you what it will."

Most of us know what the Big Book says about acceptance: “Acceptance is the key to my relationship with God today.  I never just sit and do nothing while waiting for Him to tell me what to do.  Rather, I do whatever is in front of me to be done, and leave the results up to Him; however it turns out, that’s God’s will for me.”

This is the way I see and experience my Higher Power.  Elsewhere in the Big Book it says there are no mistakes in this world.  When I am in the moment, I am experiencing God.  In fact, that is the only place where God appears – in this moment.  Whatever is happening right now, this is what the Universe is giving me.  It’s up to me on how I will respond. “My actions are my only possession.” (This comes from our Remembrance sutra).   Not only do I strive for acceptance in the situation, but also willingness to accept the consequences for my actions.

It was the Third Step came to R.M. and also the Serenity Prayer, to accept what we cannot change.  I liked how he phrased his situation by saying, “God’s plan for us is spiritual evolution.” No matter how we label things, good/bad, etc., “Everything,” R.M. said, "Is a part of a higher good."


The evening began with discussing these various Steps, yet the koan kept leading us to “what is” – REALITY.  Two crows fighting over a frog for their food, is reality.  Truly working the Steps, to the best of our ability, can only happen in reality. Rami Shapiro writes in his book Recovery – the sacred art, “God is Reality.” When I turn my thoughts and actions over to the care of Reality, I’m alive! It’s all for my benefit.  It’s all part of a higher good.  Everything is here to wake me up.

Then something else came up for me afterwords; not the all-out fighting of two crows over a frog, but a tugging none-the-less.  Tonight was a perfect example of how koans bring about revelations; in our case how at least three different Steps appeared to us while sitting with a single koan.  Tugging against this notion was the thought of next month when we’ll be sitting with Steps 8 and 9 – making amends…then there was this remembering of a moment many years years ago very early into this 12 & Zen project. I was leading a group this Friday night.  I don’t even recall the specific Step we were sitting with. During the audience participation a man began telling us of his experience with a different Step.  In a fit of thinking I needed to control things, to stay on topic, I reminded him that we were discussing a different Step now, and steered the group back to that evening’s Step.

I was so wrong in doing this. Right Speech is a part of the Buddhist Eightfold Path. When I got home that evening I recognized my response was definitely wrong speech.  I learned from my behavior and don’t think I have ever made an error like this since.  So I suppose realizing my poor judgment was to my benefit later on.

But it was too late for the man since I didn’t catch my shortcoming soon enough.  I had hoped the man would return the following month; but he didn’t.  He never returned.

Corralling the Steps and koans together as we do here is a non-traditional way of working with koans and good things come from this.  But koans cannot be controlled.  And just as E.A. said earlier, “With koans there’s always more.” 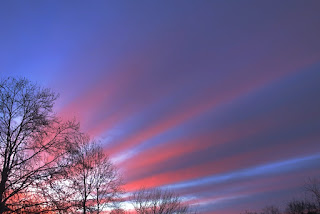 Had this man returned the following month, I was ready to make amends. Maybe one day my words here will come before that gentleman’s eyes. Sir, if you're reading this, I regret what I said to you that evening; I ask for your forgiveness.  You were simply expressing your relationship with that koan way back then.  Everything you said was true to where the koan was pointing for you and I interfered with the process.

Honored ones, Blessings and Benefits for you...