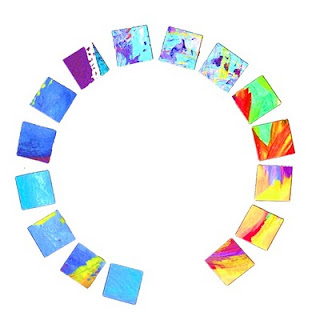 Chinese Chan Master Linji (d.866) is considered, if I may use the term, the father of koan study. Because of the way he taught his students, using koans as a new element in teaching, Linji's methods spread quickly in China, Korea, Japan and to some extent Vietnam ... and continue today, primarily as the Rinzai (Japanese) school of Zen.

The word koan means "public case." Koans came about via encounter dialogs between Chan (Zen in Japanese) teacher and student. By the 11th century, they had been crafted into collections, the first by Wumen in 1229 called the Wu-men-kuan (Chinese), Mumonkan (Japanese), The Gateless Gate (English). There are around 1700 koans recorded; but less than half of them today are regularly used in koan study.

I'm supposing that Linji didn't simply go into his "study" and invent koans. They came as direct interactions with his students and others. He integrated them into his own practice. He had proof before his very eyes of the transformational properties of koans. He saw that koans were bringing freedom to others. His teaching method spread to other Chan masters.

Wait a minute! This is sounding all too familiar, like the process of how AA got its start.

Beginning about 75 years ago, Bill Wilson and Dr. Bob met. Since Bill had been sober for a while and Dr. Bob was trying to get sober, it would not be a stretch to say this was somewhat a teacher/student dialog. Together they created what we now know as Alcoholics Anonymous, a new method on how to stay sober. What worked for them (a form of "encounter dialogs") was shared with others... who in turn passed this method onto still others. Bill and Dr. Bob could
see some successes in their work. Like Linji, they didn't just sit in a coffee shop and invent AA -- it all came from trial and error, from working with other alcoholics, and practicing what was working to keep themselves sober. The 12 Steps spread far and wide because of how it was changing people's lives by allowing a "spiritual awakening" to come forth.

Just as koans were crafted into collections, the same process evolved in AA (thus all 12 Step programs), with the dialogs being the personal stories told by one drunk to another in the form of "what I was like, what happened, and what I'm like today." These personal stories have been crafted into the book Alcoholics Anonymous as well as the AA Grapevine Magazine. What we have here are anonymous cases!

"Solving a koan requires a leap to another level of comprehension," which may lead to an awakening. Koan (public case) practice, brings about freedom. Practicing the 12 Steps brings about awakening and freedom and a complete psychic change in the process. Just imagine the possibilities of practicing koans and the steps together.