Step 5: Sword, Coral and the Moon

Koan:  “What is the blown hair sword*?  Every branch of coral holds up the moon.”

---  *A blown hair falling on this sword is cut in two…a sword that can cut through anything.

We had 12 people attend our 12 & Zen last Friday.  I could tell by the group's comments that this koan had wide-spread affects...and in the overall picture, we were all on the same page, as if each other's comments kept building upon the others.

First the sword.  One person made no bones about it.  The sword cut through all the BS that had been a part of her life.  Now she was revealing herself to her sponsor in a way like no other, revealing the truth about things she had done and the people she had hurt.  I couldn't help notice people nodding their heads in agreement.

No one likes to admit his or her faults, so the decision to even tackle this Step is also an example of cutting through.

"Every branch."  Several brought up the community aspect of coral.  So it wasn't one coral organism doing all the holding, it was the community that we refer to as coral doing this.  Just as a 12 Step community is holding up us all.  We have  individual 12 Step members, all of which help the fellowship to prosper and grow.  Another talked about ever branch referring to admitting every "wrong".  Not picking and choosing the easy ones.  Leaving out the more egregious ones, we know will lead to relapse.  It's  like leaving out important building blocks which lead to weakness in structure.

"Holding up the moon."   For one it about holding one's practice.  I hold my practice and at the same time the community is holding everyone's practice.  Some thought of the moon reflecting upon the ocean as reflecting willingness to complete this Step.  Others referred to the moon as a beacon of light ...lighting out path to recovery. 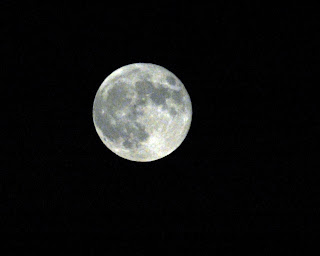 And then is was all drawn together, in a way, where the branch became a newcomer.  The moon was his/her sponsor.  The newcomer may be thinking, "This is all for me."   Whereas the sponsor knows it is not only for the benefit of both, it's absolutely necessary for the survival of all 12 Step members.

At the beginning of each month I send out an email reminder to more than 50 people.  It includes the Step we will be sitting with and the koan.   A few people have committed to coming every month, others in spurts, and still others but occasionally.   And there are others who have never come -- still they receive a monthly koan and I'd like to think even in these cases the koan may have an effect on them.