Everything is Best, Part II 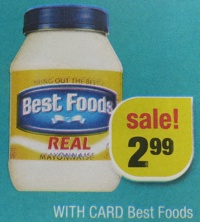 Early in August, I was asked to sit "up front" this Monday and give the evening talk.  As I began preparing for this, I had a different koan in mind; then it came to me that the koan we used on "12 & Zen" Friday might be the best one to use.  What follows here is pretty much what I plan to say on Monday.

When Banzan was walking through a market he overheard a conversation between a butcher and his customer.
“Give me the best piece of meat you have,” said the customer.

“Everything in my shop is the best,” replied the butcher.  You cannot find here any piece of meat that is not the best.”

At these words Banzan became enlightened.

(He came to a realization)

Perhaps you’ve heard of the First Noble Truth = Suffering.  Life is suffering. To be human is to suffer.  Why?  The Second Noble Truth tells us why -- Suffering is caused by craving, our attachments…

“Give me the best piece of meat you have,” he asks.  Isn’t this a perfect setup for suffering?

The BEST … It's a loaded word for us.  Even Banzan.  I can picture him whispering under his breath, “Oh do I love pork chops…they are the best cut.” And he might go on thinking how he hates liver.

My friend Jim and I talk camera stuff a lot.  We usually carry our small cameras everywhere.  A few years ago just before  we began doing this, Jim had a very capable compact Casio camera.  But I bought a Canon SD700.

Later on, Jim liked what he saw in my little Canon camera and bought the latest version, the SD 800.  No longer did he see the Casio as the best. 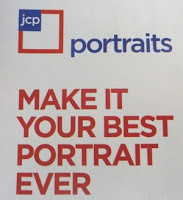 But when it comes to our large SLR cameras, Jim and I agree that Nikon is the best.  Since 2008, we’ve been very pleased with the Nikon D300.  That is, until Jim recently bought a Nikon D7100.  Now my D300 doesn’t seem to be the best anymore.

“Everything in my shop is the best,” replied the butcher.  EVERYTHING? How could everything in his shop be the best?  A sales gimmick, right?  He wants to sell all his meat that day.  He wouldn’t say this flank steak is best but those short ribs aren’t so good. 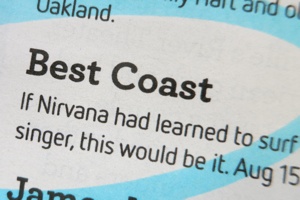 From the butcher's perspective, everything could be the best.  What if, to every customer, the butcher picked out the best piece of meat available….

…until finally there is only one piece of meat left; but it, too would be the best piece available.  Using his butcher skills, he could choose each next best piece of meat.  Maybe he’s onto something here?

But if I’m the customer, how do I know for sure I’m getting the best?  There’s that little nagging doubt.  Can we ever really know what is best?  Can anything actually be the best?

When I was 19 years old, having less than stellar grades at Colorado State, they requested that I not return the following year.  With the Viet Nam War going on, I joined the Naval Air Reserves instead of the possibility of being drafted.  It meant only 6 months of active duty, one weekend each month for 5 years, and two weeks each summer.   This was the best thing for me, yes?

In January of 1968 the North Koreans captured the USS Pueblo.  This became known as the Pueblo Incident.  I was just 25 at the time, now going to Humboldt State College. I was raising my grade point average, obviously college was the BEST thing for me, and I had just met this girl named Beth…and … My reserve unit was recalled to active duty!  Bummer.  Not good.

As it turned out, being recalled turn out to be one of the best things.  (1) Beth and I married in the summer of 1968; (2) my active duty turned out to be only one year, (3) all at NAS Alameda; and (4) I received the GI Bill which helped pay for the remainder of college.


Worst can turn out to be the best.

Best can turn out to be the worst.

"You cannot find here any piece of meat that is not the best.”

First this koan draws us (and Banyan) into the world of duality with the word BEST.

Everything is best!  How could that be?  Now great doubt enters.

"You cannot find here..."  HERE …  That’s it!  "At these words Banzan became enlightened."  He got it! He woke up.  He experienced “Best” without words. 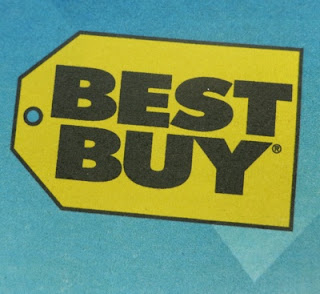 We have everything we need right here.  Just this!  Or in this case, everything that the butcher offered.

Craving, reaching, grasping, pulling things into my life, holding on, knowing the answer – does not bring me happiness.

Nor a closed or narrow mind, excluding things from view  -- There's an old Chinese saying: “Don’t slander the sky by looking at it through a tube.”  This will not bring happiness and contentment.

What we call BEST or WORST, could instead become:

Give me the best, right here, but everything is the best -- This is what Banyan experienced.

What was the best thing that came to you here?

Everything Is Best, Part I


These Scrub Jay babies.  I discovered them in a maple tree by our front porch.  The nest seemed to be placed in a perfect location -- the best location -- away from predators still hidden amongst the leaves.  Each day I would
take a peek at them to see how fast they were growing.

When Banzan was walking through a market he overheard a conversation between a butcher and his customer.


"Give me the best piece of meat you have," said the customer.

"Everything in my shop is the best," replied the butcher. "You cannot find here any piece of meat that is not the best."

At these words Banzan became enlightened.


We just met last Friday for 12 & Zen and here is the koan we used.  This was our "Pot Luck" evening where all of the Steps were available.  I asked everyone to see what koan appears when sitting with this koan.

Step 7 came to several people.  When we truly ask our Higher Power to remove our shortcomings, aren't we doing this to become the best person we can be?

Another person said everyone is the best.  It reminded them of the koan about having no rank ... being a person among persons, which morphed into Step 9 when we make our amends.  We're just humans trying to make things better for all.

If he says it's best, then it is the best.  And who else offers us nothing but the best?  Our Higher Power.  This was Step 3 for her, trusted her God, the butcher.

Three words in this koan stood out for me:


Then one morning I peeked into the bird nest only to find that ALL the babies were gone!  Nothing
left.  No feathers because they had not yet developed them.  Just guessing that it was a neighbor's
cat.  Or it could have been a crow or raven.  I guess that wasn't the best place to build a nest.  Then
again, whatever ate them had the best of meals.

On one of my daily walks, I came across the dead toad in the road.  I'm glad we have toads in the neighborhood.  I've been known to "rescue" them and take them back to my garden.  Not the best
outcome for this one.  But I was attracted to the colors of the guts and gore; somehow they seemed vibrant and alive.   The best of colors against the road's asphalt. 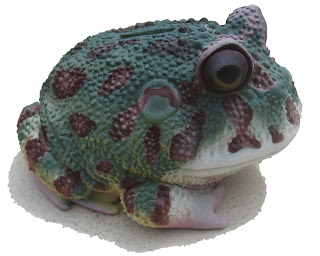 A few days later I came across another toad, this one of the toad-bank variety.  Everything about this toad made it the best one of the day.

What IS the best Step?  This reminded me of what I once heard at a meeting where a person said, "If we could do Step 3 perfectly, we wouldn't need any of the other Steps."  But we can't do anything perfectly, so every Step is the best.

I'm not making light of this.  You cannot find here any Step that is not the best. Every Step is best when we are using it in our lives.  What is best for us then is what is right happening here.