Step 3:  Made a decision to turn our will and our lives over to the care of God as we understood Him.

Koan:  The wind was flapping a temple flag.  Two monks were arguing about it.  One said the flag was moving; the other said the wind was moving.  Arguing back and forth they could come to now agreement.  The Sixth Patriarch said, “It is neither the wind no the flag that is moving.  It is your mind that is moving.” The two monks were struck with awe.  #29 The Gateless Barrier 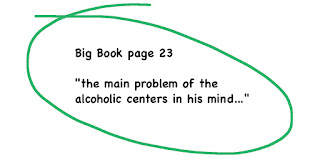 Deciding on a God or god or Higher Power or higher power or simply a power of our own understanding requires a different outlook beyond duality. We find higher powers of all makes and models in AA – the Christian God and Jesus, Islam’s Allah, Higher Power, pagan gods, Nature, no god, or simply a force or power that’s indefinable.  Daresay, a 12-Step group of a hundred people has a hundred corresponding higher powers.

The Higher Power that I rely upon is not an entity; it’s a magnificent force; the ultimate power behind all things.  “God is everything or else He is nothing,” written on page 53 of the Big Book. I go with the “everything” part. It’s about turning my life over to everything in the moment. And deciding to turn my will (thoughts) and my life (actions) over to this power sounds like something I have to initiate myself.  Not really. There’s a Zen phrase I’ve heard, “doing by not doing.” Decisions can be made from not doing.

Of late I’m enjoying the phrase “just wait and see” as another way of submitting to the Universe and trusting in my Higher Power – trusting in the dharma. When I can get out of the way, stop the old behavior, take it easy, step back with an open mind, not only can I see what transpires, I become what is transpiring. This is Step Three.

Back to the arguing monks…had they turned their will and their lives over to the care of the Universe, the power behind all that’s there in that moment, they might have seen a flag moving in the wind. Actually, their whole world would have become a moving flag in the wind. 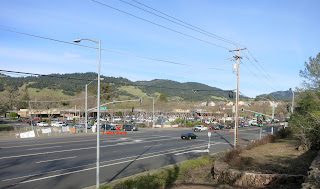 Doing by not doing, when not being fixated upon resentments or outcomes, my mind stops flapping.  When my mind stops flapping and the winds die down, the world opens up. This happened to me a few days ago when I was on my way over to the skilled nursing facility where Dale is recuperating (he’s doing very well by the way and now at home).  I was stopped in the left turn lane, waiting for the light to change.  The afternoon traffic was quite heavy.

Then this person appeared in the road, struggling to cross the intersection.  A short gray haired man, he was gripping crutches like those who have had polio use and dragging his feet slowly with each forward push on his crutches.  It was agonizing to watch as now he changed direction.   Instead of staying in the crosswalk he turned at a 45-degree angle and headed for the far corner, jabbing his crutches forward then painfully dragging his legs to catch up.  He almost made it to the corner when he stopped short by eight feet.  Exhausted, catching his breath, he stood there looking bewildered.

A car suddenly appeared, turning left where the man had just walked…and stopped.  Bending down, the man peered into the car as the passenger window rolled down. He and the driver appeared to be talking to each other. Then ever so slowly he dragged himself to the car, fumbled then opened the door, and was struggling to get in as the left turn arrow turned green and I had to continue on.

Waiting at the intersection I could have been flapping my mind over all the traffic, or the light is taking too long to turn green, or declaring all of this is wasting my time.  And what a crock that is, blaming the world for wasting my time. Instead, I was blessed and rewarded simply for waiting in a left turn lane.

For a few short moments my entire world was struggling man while witnessing his anguish, pain, courage, fatigue, despair, and the human kindness of others -- and this intersection of automobiles and people became the entire Universe.

Unable to come to 12 & Zen in person, Dale contributed this from his hospital room:

Step 3 Thoughts: “A daily (sometimes more often) decision to let go, to surrender, a daily decision to move with the will (direction) of my Higher Power, can ‘I’ stay out of the way?  Can ‘I’ move into the wisdom of allowing and a shedding of judgments?”

Moving into the koan: “Trying to ‘decide’ what my Higher Power’s will is, is like the two monks arguing about the flag and the wind. Is it this? Is it that? When in reality it is neither this nor that. What is *one* cannot have separate parts. My Higher Power will manifest in all things. It is the moving mind – it is the flag and wind.” 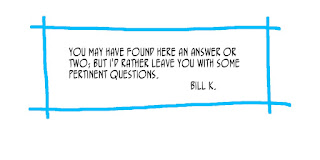