Sitting with Step 2 and Layman P'ang

February in a few days.  Time to sit with Step Two...

Step 2:  Came to believe that a Power greater than ourselves could restore us to sanity.
...and this koan:

Viewing the Snow:  Layman P’ang pointed to the falling snow and said, “The snow is so beautiful; each flake lands in the same place.”

Yamada's translation is: "Beautiful snow flakes! They don't fall on any other place."


We'll be meeting on February 9th for sitting and discussion and a commentary here.

Step 1, This is our new normal 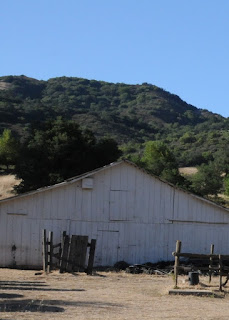 Step 1:  We admitted we were powerless over alcohol [or something] -- that our lives had become unmanageable.

If there is a disclaimer for my blog, it’s the coupling of koans and the Steps. We are using koans in a non-traditional way, and yet…we never know what koans will stir in us.

We don’t know the cause of this fire; what if I started the fire, then couldn’t put it out and my barn was destroyed? 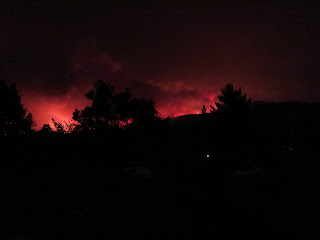 In other words, look what a mess this is, all because of me. Isn’t this Step One?  Step One, ultimately about cause and effect, we’re addicted to something and our life gets unmanageable. We admit our powerlessness over alcohol (and many other things) and continue working the Steps and our lives get better.

Over time, I became an everyday drinker.  Never missed a day, even when I promised myself in the evening that I wouldn’t drink tomorrow.  My promise was made in earnest. Still I would find myself drunk the next evening wondering how that happened. It went on like this for many years.

On page 354 in the Big Book, the writer describes his situation: “It wasn’t how far I had gone, but where I was headed.” This is my story. I didn’t have to experience some of the consequences of those in the “They Nearly Lost It All” stories. At the time, the part that I was unsure about was the alcohol. I was not 100% sure that alcohol was my main problem and at the same time couldn’t come up with any other plausible reason. I think this was a product of my alcoholic mind still trying to sway me. And then, like a flipped switch, one day I was drinking and the next day I placed myself into a treatment facility. 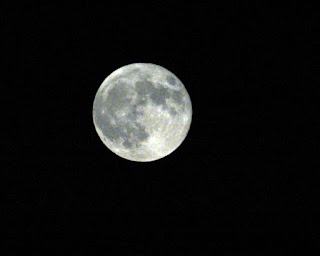 After being there four or five days, a change occurred – it dawned on me that I wasn’t yearning for a drink that day.  The compulsion to drink had left me!  This made a huge impact. Something within me fell away, “burned to the ground”, and I was free.

The moon is a subject in many Zen sayings, often a metaphor for enlightenment or awakening.  Realizing that I was no longer promising to myself to stop drinking the next day was the proof I needed; deep inside, I am an alcoholic. Surely this was my awakening at the time.

It’s the remaining Steps where I learn more about my burning barn; the role it has played in my life; and seeing my life changing for the better having had it burn down. Come to think of it, all the remaining Steps are a product of cause and effect.

This past Friday, when we were meditating, I could see that one person seemed uncomfortable.  After I rang the bell I asked him, “Are you OK?”

“No, I’m not,” but he told us to go on with the evening’s discussion.

Later he spoke of his condition.  He’s 75, has emphysema, there are side effects from medications, “…and I’m dying actually, just not all at once.” He talked about his body not functioning as well as it used to; always out of breath with heavy fatigue, and it’s discouraging not being able to do things right now when they need to be done. “My doctor has told me that I have a strong heart, that it’s the rest of my body that’s falling apart. He told us that this is my new normal.”

He smiled a bit saying his body is the barn and it’s burning down as we speak.  “I accept this,” he said, “I am ready to die [He paused] but its probably not going to happen this evening.” He went on to say that his total acceptance of Step One over all these years, and his total powerless over alcohol is no different than his powerlessness over the demise of his body. 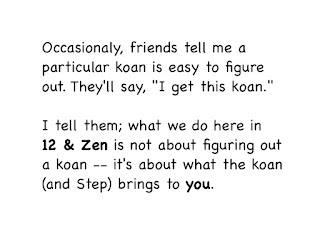 “I can see the moon now,” he said, as he referenced the Steps, that they are such an integral part of his life, that he has awakened to the fact that this is my new normal.  He accepts situations where “things” won’t get done right now.  “I’ll do that tomorrow, or I’ll take a nap and see how I feel or I can ask for help. This is how it is now.

He spoke for ten or fifteen minutes, and we listened. "Wow," he exclaimed, "I've never even been able to speak to my doctor like this." Then he attempted to apologize for going on so long but we interrupted, “No, no, not only did you need to get this out, we needed to hear you.”

Oh my, the Universe, cause and effect, or happenstance put us here this evening to hear how this koan awakened our friend to his new normal.  The next day we saw each other at a meeting.  We laughed together.