When Buddhism Came To AA? 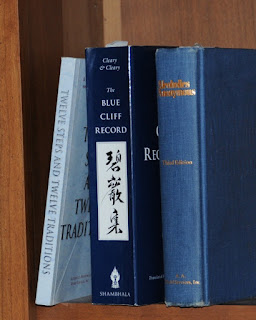 Let me begin by repeating what I’ve said several times on this blog; that Twelve & Zen is available to everybody no matter what 12-Step program you follow.  I often refer to AA and the Big Book, mainly because this is the source from which all 12-Step groups have risen.

We know “Buddhism” isn’t mentioned in the original Big Book at all.  It’s no wonder some Buddhists today may feel their spiritual path was overlooked. But what if I told you, by citing a 1940s AA pamphlet (commissioned by Dr. Bob no less), you could begin chanting the Eightfold Path at your meeting?

I’ve got to say “Thank you” to Joanie L. for tipping me off to what might be the most important “official” mention of Buddhist thought in AA literature, and to Kevin Griffin for his input and encouragement. Joanie told me about The Akron Pamphlets after reading about them in Kevin’s latest book, Recovering Joy: A Mindful Life After Addiction. Dr. Bob, the co-founder of AA, was responsible for the publishing of these pamphlets. One pamphlet in particular, Spiritual Milestones in Alcoholics Anonymous, has a jewel within for Buddhists:

Consider the eight-part program laid down in Buddhism: Right view, right aim, right speech, right action, right living, right effort, right mindedness and right contemplation.  The Buddhist philosophy, as exemplified by these eight points, could be literally adopted by AA as a substitute or an addition to the Twelve Steps.  Generosity, universal love and welfare of others rather than consideration of self are basic to Buddhism. *

I found this exhilarating, to see our Buddhist “scripture”, The Eightfold Path, mentioned in the early years of AA, especially this sentence: The Buddhist philosophy, as exemplified by these eight points, could be literally adopted by AA as a substitute or an addition to the Twelve Steps. We haven’t been overlooked – Buddhist input came to AA early in its history.  It’s just been hidden away in the archives.

Without ever seeing this pamphlet, Dale H. has been applying the Eightfold Path to the 12-Steps for many years.  It’s a very simple and effective practice for him.  Steps 1, 2, and 3 are about relinquishing control.  He relates this to Wisdom Training -- Right View and Right Intentions (or aim).

Steps 4, 5, 6, 7, 8, and 9 are about transcending self.  He relates these Steps to Ethics Training -- Right Speech, Right Action, and Right Livelihood (or living).

Steps 10, 11, and 12 are about Living Consciously.  He relates these to Meditation Training -- Right Effort, Right Mindfulness (mindedness) and Right Concentration (or contemplation).

The Big Book was written as a reflection of the U.S. culture of the mid to late 1930s. In 1940, 91% of the U.S. population identified themselves Christian. It’s only until the second edition came out in 1955 where it mentions “…a sprinkling of Moslems and Buddhists” are members.  Buddhism was just beginning to become known to the public. Even today in the U.S., as far as religions are represented, Buddhists comprise only 0.7%.

We know that AA began in 1935; and apparently there weren’t any Buddhists amongst the first 100 members when the book of Alcoholics Anonymous was being written. Buddhist philosophy never made it into the book.

Now imagine, had there been some Buddhists among the first 100 members, surely texts such as the Eightfold Path would have been integrated into the Big Book! This certainly would have made AA more accepting to Buddhists early on.  And later when the Twelve Steps and Twelve Traditions book was published, the Eightfold Path might have been printed along with the St. Francis Prayer on page 99 in the 11th Step Chapter.

With the Spiritual Milestones in my hand, showing the 1935 AA Akron Intergroup circle and triangle plus the 2014 copyright, Akron Area Intergroup Council Of Alcoholics Anonymous, it seems to me if a meeting decided to read the Eightfold Path as part of it’s format, this would be no different than reading the St. Francis Prayer.

We have the evidence in this Akron Pamphlet.  No longer can others say AA is not for Buddhists. Buddhist philosophy found its way into AA literature long ago. We now have proof from our AA ancestors, a validation and approval that AA and Buddhism can be practiced successfully together. There are Buddhists who’ve been doing this for many years. In the Spiritual Milestones in Alcoholics Anonymous pamphlet it states, “… the Twelve Steps of AA give us a program of dynamic action…” Right action indeed with the inclusion of the Eightfold Path!

* To order a copy of Spiritual Milestones in Alcoholics Anonymous and more, go to: 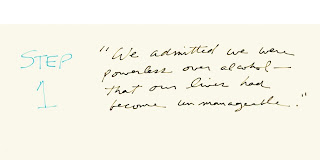 Koan: Step by step in the dark – if your foot’s not wet, it found the stone


Admitting to something can come quickly, or slowly to us.  Tonight we asked ourselves, “What is this admitting?”  We all came to the similar conclusion that we don’t do this ourselves using our brains – it comes from somewhere else. Then, without notice, we realize that we’ve effortlessly made that change from "no" to "yes".  Something impossible one day has become reality the next day. Dale called this our moment of clarity. 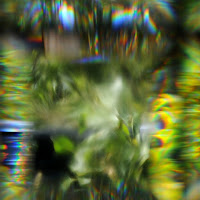 This koan took me to December, 1986, and the Sacramento Marathon.  My friend and I left on Saturday, and the race was Sunday.  I knew I had a problem; I was just shy of turning 43 and had never heard of the 12 Steps, so I didn’t know what Step 1 was.  On the drive over, all I could think about was my problem.


We ran the race (running my best time ever) and drove home.  Of course I felt good about breaking 4 hours in the race.  Other than that, I don’t remember many details from Sunday night except for one very important decision I made to myself ( I didn’t even tell my wife), I was going to call a treatment center on Monday! How could this be?  Saturday, treatment center was not in my mind. Sunday I had made a decision.


In that undefinable place of change, as if a switch has been flipped, came the discovery that my foot is not longer wet. It was later on when I read an important part of “my story” in the Big Book (in “It Might Have Been Worse”) where the writer said, “It wasn’t how far I had gone, but where I was headed.” I felt, for the first time in many years, that I was headed in a better direction.  In the treatment facility I realized that I had taken Step 1.

Roger talked about the times when he’s running his life as he sees fit and isn’t in touch with his higher power at all.  That even in those times, things happen, a shift takes place, where he discovers his foot is no longer wet.  Something for his benefit took place without notice or his input. 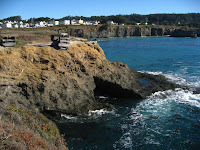 We’re on this journey, step by step in the dark, and the koan doesn’t say we stepped up on the dry stone as a conscious act, it simply asks, if your foot’s not wet.


A moment of clarity comes by realizing my foot is dry. If it’s dry, I’m no longer wandering in the dark -- I’ve found a different place that’s safe and firm.


It’s the wondrous nature of this koan that reminds me the “admitting” comes from a sacred place – and it doesn't come from my self will.