May koan and Step

It's almost May.  Time to begin sitting with our next Step and koan.  Locally we'll be meeting Friday, on May 11th.


Step 5:  Admitted to God, to ourselves, and to another human being the exact nature of our wrongs.


*Various translations: “Correspond to, subdue, heal or in accord with each other…”
Posted by Bill K. at 11:09 AM No comments:

Step 4 and Making yourself beautiful. 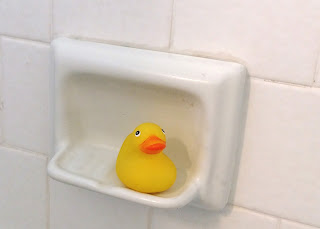 Koan: For whom do you bathe and make yourself beautiful?
Dongshan (807-869)

Buddhism in China had its rough times, too.  The first large-scale purge of Buddhism took place in 446 “and major imperially sanctioned persecutions took place again in 574 and 842-845.” Dongshan had experienced the worst of times and the best of times for Chán when he gave us this koan.

My friend Dan Kaplan sent me one of his recent talks at the Rockridge Zendo that was on this koan. Then, with a little inquiry, I came across Sensei Megan Rundel’s blog piece on it, too.  Megan writes, “For whom do you feel desire, and how do you make yourself desirable? There is a strong sense of eros here.” While Dan said, “I take it to be about what do you truly love, what gets you out of bed in the morning. In the end, for me, it’s about ME, and that vastness that IS me.” 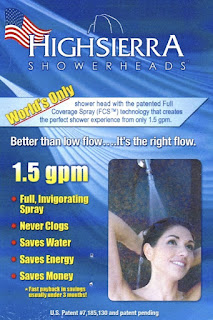 In asking the question: “For whom do you bathe and make yourself beautiful?“, the desire comes in many layers.  At one level it’s the bathing as a desire to please another.  At another level, in the context of what we are doing here, the Third Tradition comes to mind, “The only requirement for membership is a desire to stop drinking.”

Step 4 is about coming clean, with ourselves and our past behavior; bathing in a tub of willingness; washing with a soap of honesty; and scrubbing where there’s the most dirt and grime.

Jump into the tub! Step Four, a spiritual scrubbing, an awakening to our new self.

It’s my soul enjoying the physical body – not only ego – but a process of freeing and connecting to eventually take that fearless and thorough moral inventory.  Roger.

A light is shown when taking a fearless and thorough moral inventory; it’s a sacred act to make ourselves shiny and new; where a new life begins for us each day.  Susan.

Such a simple sounding koan, I smiled.  It provoked my ability to see myself in fleeting ways.  After many years in the program, my favorite word in Step 4 has become “ourselves”. That’s what we end up with the more we work Step 4 – we end up with our self, in whatever way it presents itself in this moment.  Elsie.

Our koan and Step 4 threw a larger loop around Kate’s experience tonight.  She said she just returned to college and is taking a class in Privilege. “This Step and koan are taking me on a whole different level; where I’m asking myself not about my past behavior, but instead, where is my place in life today around privilege? What a fantastic question she asks?

For whom do you bathe and make yourself beautiful?
The cry of the cuckoo is calling you home;
hundreds of flowers fall, yet her voice isn’t stilled;
even deep in jumbled mountains, it’s calling clearly.