Retreating Resentments -- My 12 & Zen in Action

When 12 & Zen met in May, I posted Step 5 and the koan we used; but I didn’t have time to write a commentary because I was off to a five-day sesshin (Zen Retreat). What follows is an example of how my 12 & Zen practice came to my rescue, saved me from certain angst, and provided me a rejuvenated outlook in “having joy in each other’s joy.”

I had been sitting about a day with following two koans from a second cycle of the 5 ranks of Dongshan, koans that Daiun Harada had added to his curriculum in the early 20th century.  They are a separate series of poems of Dongshan, not originally linked to the first series.

Koan 4. Enlightenment of all beings

Ordinary beings and Buddhas don’t mingle together.
Mountains are naturally high, waters are naturally deep.
The infinite distinctions, the endless differences show –
where partridges sing, the flowers are in bloom.

When your head sprouts horns, you can’t stand it anymore,
When you think “I’ll seek the Buddha,” it’s time to watch out.
In the era of emptiness, the view is clear, there is no one to see –
why go south in search of the sages?

I was soaking in these two koans, feeling as close to them as a lid fits its box, and asking myself, “Is anything missing now?”

Then, while up in my room, just before we were to meet again in the zendo for a talk, I took a peek at my iPad, mainly to see if there was a message from my wife.  She did.

“Missing you...mostly my part at this moment is with the girl [our dog] snoring softly next to me. XXXOOO to you on your cushion.

Then I noticed a message from my blog, a comment from someone, so I took a look.

Oh my… I thought, “How did he ever draw this conclusion?” The bell rang.  I needed to hurry downstairs to the zendo for the afternoon talk.  I felt a resentment brewing…and gaining momentum.

·      One of the earlier koans kicked in:  “When your head sprouts horns, you can’t stand it anymore.”  How quickly resentments appear, under all conditions.

·      Next Torei Enji appeared in his Bodhisattva’s Vow:  Even though someone may be a fool, we can be compassionate.  If someone turns against us, speaking ill of us and treating us bitterly, it’s best to bow down: this is the Buddha appearing to us, finding ways to free us from our own attachments – the very ones that have made us suffer again and again and again.”

These were not mere words.  Flowing over me like warm honey, I felt the Buddha and realized what was shown to me.  The resentment left me.  Even when I tried to bring it up, each feeble effort wouldn’t stick to anything.  There were no ill feelings toward Antlion anymore.

The next day during the “Remembrance” sutra, the Chant Leader ends with, “We especially dedicate our service to: (each person in the room speaks names of personal dedications). It’s incredibly moving and powerful to speak out loud the names of people I care about to hear the names being spoken by others.  Without thinking I heard myself say, “Antlion.”

I truly wish him the greater good and thanked him for what he gave to me at this retreat; and to realize his generosity by giving the book to the Goodwill.

Regarding Antlion’s comments about my book, perhaps he missed where I wrote, “If you are in a Twelve Step program, any 12 Step program, then this little book is for you.”

And, “…what I offer here is not a substitute for an official 12 Step meeting nor a replacement of working the Steps with a sponsor.”

In the chapter “The Steps and Koans Working Together,” only the original AA Steps are used.

“But included here are two other versions of the 12 Steps.  I think you will see the value in them, especially when speaking to a mixed audience.” In the chapter “Other Possibilities” under “Working with a Mixed Audience” is an example of using a koan with the other versions.

By mixed audience I mean people in and out of 12-Step programs.  Some people are just curious. When I introduce 12 and Zen to an audience, I make it very clear that what we are doing is not an AA meeting.

Yes, AA put together the Twelve Steps, borrowing a little here and a little there from other sources.  We know that working these 12 Steps can bring joy and fulfillment to lives.  Why shouldn’t people who are not alcoholics or addicts benefit from a version of the 12 Steps?

May the next reader(s) of that book find what I have found – that koans will help broaden their relationship with the 12 Steps.

In the Big Book of Alcoholics Anonymous, the contributors emphasized the importance of reading the book with an open mind by including the warning paragraph about contempt prior to investigation.  There’s an old Zen saying, “Don’t disparage the sky by looking at it through a tube.” This is exactly the same way I hope you would read my book; looking for the greatest possibilities with a big mind.

It’s our practice that brings us happiness, joy, and freedom.  Isn’t it great to be alive?


Step 5:  Admitted to God, to ourselves, and to another human being the exact nature of our wrongs.

Koan:  The moon is bright, the water is pure, the autumn sky is clear; Is there a single cloud which stains this vast clarity?

It’s another “admitted” Step (like Step One).   Admitting is another recognition of powerlessness and because of this, I’m actively building upon my relationship with my Higher Power.

Whatever amount of trust, it only takes a smidge. Sitting with my inventory, I have two choices:  Do I hold back and hide certain parts, not telling my sponsor everything?  Or do I again surrender, this time to a brightness that’s present in Step Five (although we can't see this yet)?

Here we have a koan that’s painting a beautiful picture, one we've all seen.  Step 5 is laying down a foundation for building our lives.  We can’t see it yet, much less experience how our life will be.  It certainly doesn’t feel beautiful, carrying around our undisclosed Fourth Step material.  In our discussion, Daniel exclaimed, “I’m the stain!” 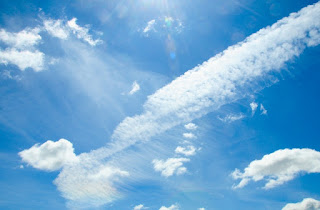 Is there a single cloud which stains this vast clarity of completing Step Five? The dedicated old timers will tell you their lives are as beautiful as this koan.

When working the Steps with my sponsor, this was the first Step where I felt a relief.  I no longer had to carry my burden alone.  A weight was lifted.

NOTE:  Regarding the comment from Antlion below, please see my 5/22 posting: "Retreating Resentments -- My 12 & Zen in Action" commentary.