Here is the koan we'll be sitting with. Maybe see you on the second Friday (November 9th) at 7PM? 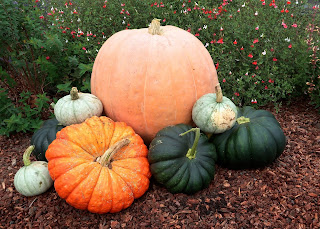 Step 11: Sought through prayer and meditation to improve our conscious contact with God as we understood Him, praying only for knowledge of His will for us and the power to carry that out.


I heard this at our Moment of Silence Meeting…a meeting dedicated to Step 11.  Some of you may recognize our koan for November coming from Psalms 46:10.

Step 10: Continued to take personal inventory and when we were wrong promptly admitted it.

One day the poet Shangu was visiting Huitang Zuxin.  Huitang said, “You know the passage in which Confucius says, ‘My friends, do you think I’m hiding things from you?  In fact, I am hiding nothing from you.’ It’s just the same with the Great Matter of Zen.  Do you understand this?”

“I don’t understand,” Shangu replied.”
Later, Huitang and Shangu were walking in the mountains where the air was filled with the scent of the sweet-olive blossoms.  Huitang asked,“ Do you smell the fragrance of the blossoms?”

Huitang said, “You see, I’m hiding nothing from you.”


“My friends, do you think I’m hiding things from you?  In fact, I am hiding nothing from you.’ It’s just the same with the Great Matter of Zen.”

·      The Great Matter of meetings – Listen…the AA message isn’t hidden from me.

·      The Great Matter of my Higher Power – through prayer and meditation, nothing is being hidden from me.

Then who is doing the hiding?  I am. You do. We do, with our deceiving, delusional and craving mind.

A fragrance is noticed when my sinuses are clear.  My delusions are noticed when my mind is clear, when I’m open to what is here right now. The awareness comes in direct proportion to how my own house is in order.  We talked about this tonight when D. said the first time he did the Steps, “It was rather superficial but good enough to go onto the next Step. As the years of sobriety accumulated and I worked the Steps at ever deeper levels, my mind became more clear.”

Step 10 is a lesson about discernment, paying attention, being mindful of one’s thoughts and actions just now and sensitive to my emotions.

This koan is telling me, “Nothing Hidden just now.

·      Recalling that conversation today where I may have been rude with another – nothing hidden, just rudeness…my rudeness.

Among the five of us, we discovered that collectively we had 153 years of sobriety in the room.  “So I was surprised the other day,” S. said, “Me with 25 years, still getting upset with another person who talks constantly, telling her, ‘Your stress is stressing me out!’ “

Upon reflection S. asked herself, “Where was my compassion? Understanding? Realizing that it’s this other person who has a problem and I needed to be more kind in this situation.  This is the beauty of Step 10 – it’s always available, where I can clean up my act, hopefully the sooner the better.

E. jumpstarts her Step 10 to coax out those hidden things by asking herself, “How am I like this other person?”

D. emphasized the importance of inventory, “I take spot inventories all day long, not just at night before retiring; a self reflection of my actions and motives to see if I’m hiding anything.  What a relief.”

The choice is mine. I can stew about this other person all day long.  Good luck with that and where it will take me.  With Step 10, I’m really putting my life  back in order, moving on, getting back to doing the greater good.

Last week I was deep in sesshin (Zen retreat), walking alone on a redwood forest path. My normal busy habit mind had dropped away by then.  I was seeing things that could easily have been overlooked; things that were in plain sight and not hidden. Step 10 is a spiritual decongestant, clearing my mind to see the truth.