Here is the May koan with Step 5

Note: From our Sutras:   PURIFICATION

All the ancient twisted karma
From beginningless greed, hatred and ignorance
Born of my body, mouth and thought
I now confess openly and fully.
Posted by Bill K. at 10:06 AM No comments: 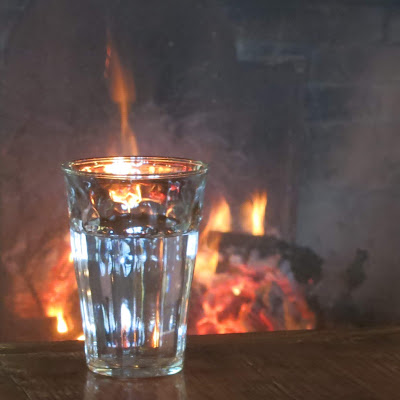 Koan: A soldier comes to visit a famous Zen master Hakuin. And the soldier asks, “Is there really a heaven and a hell?”

The Zen master replies, “Who are you?”

The soldier says, “I am a samurai.”

“You? A samurai? What kind of lord would have you as his guard? You look like a beggar.” The soldier starts to get angry and becomes so enraged that he’s about to draw his sword.

The Zen master continues and he says, “Oh, so you have a sword. It’s probably too dull to even cut my head.” At this point, the soldier is just indignant and he brandishes his sword.

The Zen master says, “Here, open the gates of hell.” And the soldier immediately recognizes the wisdom in those words and he puts his sword away.

The Zen master says, “Here, open the gates of heaven.”

Samurai were the military nobility of medieval and early-modern Japan, sort of like our present day Special Forces, Navy SEALS, and Army Rangers all rolled into one…Supreme Dudes for sure. You wouldn’t want to be on their bad side. 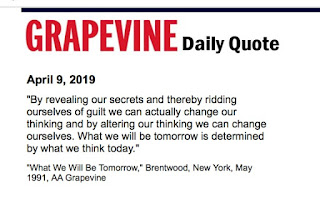 When the soldier asks the simple question, “Is there really a heaven and a hell,” Master Hakuin doesn’t go into a philosophic or esoteric description of heaven and hell. Instead, his response slaps the entire subject down to right now -- by totally humiliating a samurai!   Of course, the samurai became furious!

When is the last time someone with words or otherwise really pissed you off? By cutting you off in traffic perhaps? Receiving an insensitive Tweet? Remember  the feeling of hot anger building within your body? Welcome to hell realm. The Big Book is very clear about anger: “If we were to live, we had to be free of anger.” Page 66

I see where many people choose to go out at Step 4.  The fear of looking at oneself, one’s behavior, and one’s past deeds is too much to face. They find themselves in the hell realm of self-centered fear and choose to go back to the other hell realm of active addiction.

Elsie said she didn’t go out, but postponed her 4th Step for a very long time, all because of fear. “I had no peace during this period of time – and heaven is peace.

Last week a speaker was telling us about his situation.  “I was in total fear about having to look at my past. The prospect of this was gnawing on me day and night (‘The gates of hell have opened!’). Ultimately, I thought, it came down to two choices:

He went onto say how difficult had been for him to finally choose his present sponsor, and the thought of having to choose a new sponsor brought on waves of discomfort. Fortunately, he chose to remain with his sponsor. And that was enough for him to “give up the fight” (‘Now, open the gates of heaven’) and continue onto Step 4. 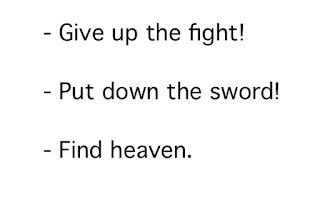 Dale said,  “This koan reminds me of what Pema Chodron asks, ‘Am I going to add to the aggressions?’ Am I going to take up battle with people, places and things? These are the battles I’ve had when I look inside in self-examination. We have these internal battles working Step 4. War is hell.”

Bob was agreeing, “Heaven or hell is an inside job, set up by our perception of external aggravations.

The evening’s common thread was revealed – fear.  John said, “It took me quite a while to take action with Step 4. Fear was my protector.  Fear was my nemeses.

Do you remember Joyce? She knocked some sense into me when she exclaimed, ‘John, this is life and death!’  Her strong words pushed me past my fear into working Step 4 where I could find out who I really am.”