Steps 2 and 3 -- Finding and using this Higher Power

Step 3:  Made a decision to turn our will and our lives over to the care of God as we understood Him. 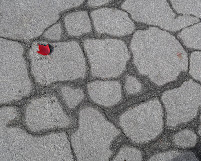 One day, while the Layman was meditating in his sitting hut, he suddenly cried out, “It’s hard, hard! And I’ve put ten coats of linseed oil on this platform, too!”

His wife said, “It’s easy, easy, easy! Just turn your eyes to the floor, lower your feet to it [sandals], and be on your way!”

Ling-chao said, “It’s neither hard nor easy! The mind of the Patriarchs is in every blade of grass!”*

* This is referring from a line the Third Patriarch wrote, “Though the Great Way is expansive, treading upon it is neither hard or easy.” 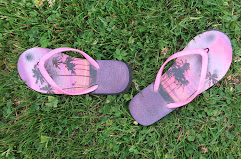 Oh my goodness [forehead slap]! Our founders were brilliant in wording Step 2…”Came to believe…”

“Came to,” Who among us hasn’t experienced coming to? [Example] She came to in a jail cell: Where am I? What happened? How did I get here? Now what do I do? She didn’t jump up smiling and singing Zippity-doo-daa. No. Slowly she tried to figure out what happened and where am I, so she could somewhat regain her bearings.

It doesn’t say we have to come to believe in three days – “just came to believe.” Future tense. It’s a process of waking up to the notion “that a Power greater than ourselves could restore us to sanity.”

In Step 3, the directive is, “Made a decision.” For years, I made a decision every night that I would not drink the next day – and I meant it –but by the next evening I’d find myself drunk again, making the same decision. Crazy! It wasn’t working because I didn’t yet have the AA tools.

It’s about carrying on with my decisions that matter. When I wake up in the morning, after giving thanks for my sobriety, etc., I ask that I not drink today.  Just for today. One day at a time. When tomorrow comes, I ask for another day of sobriety. The difference being, now I'm carrying on with the help of my Higher Power. 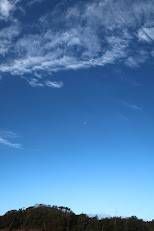 When I was new, I was told to just open up to Step 3’s decision-making process. I was assured that it will come at some time in the future. It will come as I work and practice the Steps. So, just sticking to one’s decision to work with a sponsor is huge…then continue working the next Step.

One day, while several alcoholics were sitting around after a meeting, a newcomer cried out, “It’s hard, hard! Trying not to drink every day is hard and then you throw these Steps at me to do.”

Another fella said, “It’s easy, easy!” ‘Rarely have we seen a person fail who has thoroughly followed our path.’

His future sponsor leaned over, “It’s neither hard nor easy! Our problem is selfishness, always thinking of oneself first; and we suffer and cause others to suffer.  Our solution is to be unselfish, to be of maximum service to others; and this will end our suffering and ease the suffering of others. We follow in the footsteps of our AA ancestors and do what they did.

First it may be hard.

Then easier, by working the Steps, we learn how to follow AA suggestions.

Neither hard nor easy when “we practice these principles in all our affairs.”

a power such as it is

Dale* writes:  “Dr. Seuss says, ‘You’ve got brains in your head. You’ve got feet in your shoes. You can move in any direction you choose.’ “

* Dale H. sent me this in an email in February. He's always been quick to send me his quips and observations when I first send out new koans.

As I was about to post this commentary, i received a phone call from Barry, one of his sponsees. Dale has been on a ventilator in the hospital for five days or so. Not COVID-19, it's all of his many health complications that are demanding attention.  It appears he is running out of time, that there are not many options left. His doctor says he may pass very soon.

Please remember Dale in your prayers...