Steps 8 and 9 - - From our sickness comes medicine

Koan: Yun Men, teaching the community, said, “Sickness and medicine correspond* to each other: the whole world is medicine, who are you?”

*Correspond or subdue or heal …

I once read where the HH Dalai Lama told a story about a man who was robbing gas stations at the rate of seven stations a week – one each day.  The robber was starting to feel remorse over his actions and decided that from now on, he would only rob six stations a week. By his actions, the robber was making the world a little better.  Yes, he was still causing grief in other people’s lives six days a week but on one day he wasn’t. We say progress rather than perfection, yes? Who is this robber? By discovering an antidote, he looks to be on the path of recovery.

A month or so ago it seemed that some animosity toward Zoom attendees crept into a meeting. A friend sent me this message: “Have to admit I did not feel welcome today. The first thing the secretary said to us on Zoom was that we should come to the meeting and join the group. (We did join—on Zoom.) Then when the guy who read the steps balked at reading at the microphone she quipped “Well YOU voted for Zoom!”  Ouch.” [but she ended with] “Acceptance is where peace of mind lies and I’ll opt for that.” In her moment of pain, she experienced sickness and medicine corresponding to each other by choosing acceptance over resentments.

In my humble opinion, the 12 Steps are the best antidote to alcoholism available. Consider each Step as a booster shot, a medicine of incredible effectiveness, building upon all the prior Steps.  Steps 8 and 9 are relying upon the spiritual antibodies we’ve accumulated by doing Steps one through six.

By looking over my 4th Step, I pretty much have the list of names for Step 8. It seemed intimidating, a bitter pill to take. In his own way, my sponsor assured me that this will lead to healing and freedom. Then, embarking onto Step 9, relief came early. With each checking off of names on my list, I knew that bitter pill was working. In Steps 8 and 9, I’m clearing away the wreckage of my path, and more medicine against the first drink. 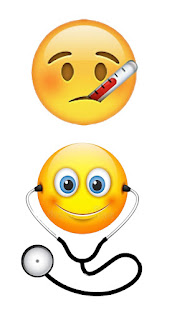 When I fall short and say something that’s hurtful, I’m hurting others and myself. At the same time, it can be medicine to others when they realize my behavior is not something they wish to imitate. “Thank you for showing me how to be a jerk,” may pass through their mind.

Who am I? Ha!…I hope I’m not the aforementioned jerk.

To sum things up, I think the best example of this koan manifesting itself in the Big Book comes from: “No matter how far down the scale we have gone, we will see how our experience can benefit others.” Page 84